The shortlist has been announced for The Christian Storyteller Prize, Africa’s premiere prize for faith-based literature. The list contains the top 15 of over 500 short story entries centering around this year’s theme of Christian Persecution.

Recall that Bestselling Author and Filmmaker, Laju Iren, founded The Christian Storyteller Prize with the launch of its first edition on August 26th, 2020.

While thanking the participants, judges and volunteers for their contributions towards the ongoing success of the prize, Iren said: “It has become imperative that we intentionally tell Christian stories, creatively, accurately and frequently. It might not always make the headlines, but the truth remains that Christian persecution is on a dangerous rise in Nigeria, with reports saying that at least 620 believers have been killed for their faith within the first half of 2020. This is the reason for our theme this year. I truly believe that stories change our minds by targeting our hearts. Our desire with the CSP to shine the spotlight on these issues while playing our part in ensuring that freedom of worship, a basic human right is upheld in Nigeria and across the continent.”

The shortlist is only the first stage of selection.
The panel of judges, led by Ms. Tobi Eyinade, Founder of Rovingheights books, will select the top three winners who will be announced at the Christian Storyteller Awards holding virtually on Thursday, November 26th, 2020.

The winner of the competition will walk away with a cash prize of N100,000, and a writing scholarship worth over N250,000 while the first runner up will win N50,000. Those in third to fifth places will also win consolation prizes.

Administrative head at the Prize, Mrs. Bologi Stephen said: “With the Prize well received by Nigerian writers, the team anticipated about 200 entries, however, when submissions closed on the 26th of September 2020, we were pleasantly surprised to receive well over 500 well written entries. Due to the number of entries received, it was necessary for the team to extend the review period and properly review each entry. As such, the announcement of the Winner, which had been scheduled for 26th October 2020 had to be extended to 26th November 2020.”

In no particular order, the top 15 entries who made the shortlist include:

In addition to Ms Eyinade, judges who will decide the winner of this year’s Prize include: renowned journalist, Kehinde Ajose, and Bestselling authors, Tope Omotosho and Bisola Badejo. 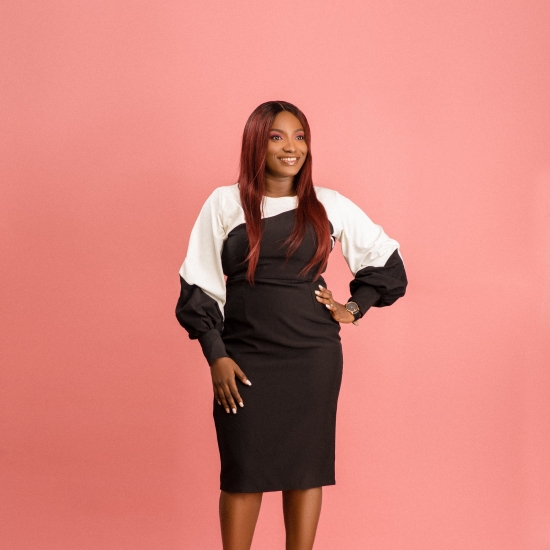 About The Christian Storyteller Prize

The Christian Storyteller Prize, founded by Bestselling Author, Laju Iren, is the first of its kind in Africa, rewarding writers for telling Christ-Centred Stories.

The theme of the Prize is “Christian Persecution” and every entry must be centred around the theme.

The competition is open to short stories between 750-1,000 words that are Christ-Centred, creatively written and professionally told by Christian Nigerian writers resident in Nigeria, from 18 years of age and above.

1. Follow @christianstorytellerprize
2. Register at http://bit.ly/TCSPrize (link in the bio) and upload your short story
3. Create your personalised profile poster and share on Instagram with a part of your short story as the caption. The heading should be: ‘Entry for The Christian Storyteller Prize 2020,’ use the hashtag #ChristianStoryTellerPrize2020 and tag @christianstorytellerprize.
4. You can upload part of your story on Instagram, but you must upload the entire story on the website.
5. Entries must be submitted between August 26th and September 26th 2020