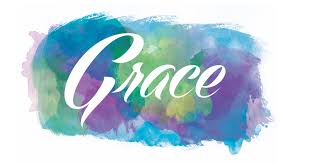 I had always imagined my mother as a grandmother; envisaged the first day I would tell her that I was pregnant.

I imagined that those large brown eyes of hers would widen in delight; that she would fuss over me every single day until her grandchild arrived. I knew mum. She would insist that regardless of what my husband and I named the child, we would call him or her the name grandma had given.

How does one have memories of what could be, but never was?

In the past few months since I gave birth, all I have is my imaginations.

There is no husband.
And I never got to tell mother I was pregnant.
All she knows is I left one day and never came back.

What would people say if they heard that one of Jesus’ earliest followers had a child that got pregnant out of wedlock?

This is my shame. It doesn’t have to be my mother’s. She raised me better;
Better than my addiction to wine,
And my willingness to sell my body just to pay for it.

But here I am. Lost in a halfway-house no cleaner than a pig sty with a child that asked for none of this.

It is in this place mother finds me.

I do my best to clean up my appearance, and that of the grandchild that she would meet for the first time.

Shame has a stench I find impossible to rub off.

They say she is waiting under the fig tree.

What will I say? How do I explain?

The sound of footsteps awakens me from my thoughts.

Mummy is running towards me. “I don’t understand…” I say through tears and her warm embrace. “Did you know I once cheated on your father?” What? I had never heard that before. “I was caught in the act, about to the stoned to death.” I had heard this story before. But I didn’t know it was her. Jesus asked the person without sin to cast the first stone. No one was.

It stood my mother and the only sinless person in the world.

But he said: “Go and sin no more.” ‘His forgiveness was not just a gift, it was power,’ said mum.

She carried my daughter, and whispered. “I don’t care what mummy named you. But your name is Grace. Nothing empowers like grace.”