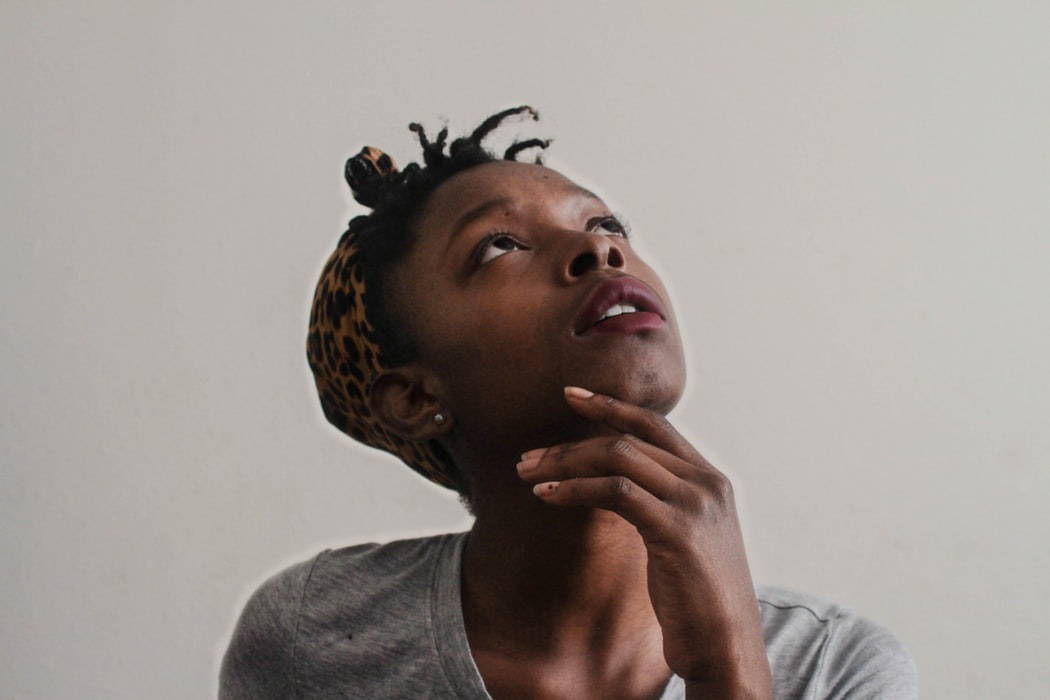 By Laju Iren   There was a time in my life when I saw almost every handsome guy as naked in my mind’s eye. Pretty embarrassing right? It even seems funny now, but it was not at that time. Lustful thoughts followed me everywhere. Even though I was a believer, I seemed to be losing the battle for my…

END_OF_DOCUMENT_TOKEN_TO_BE_REPLACED 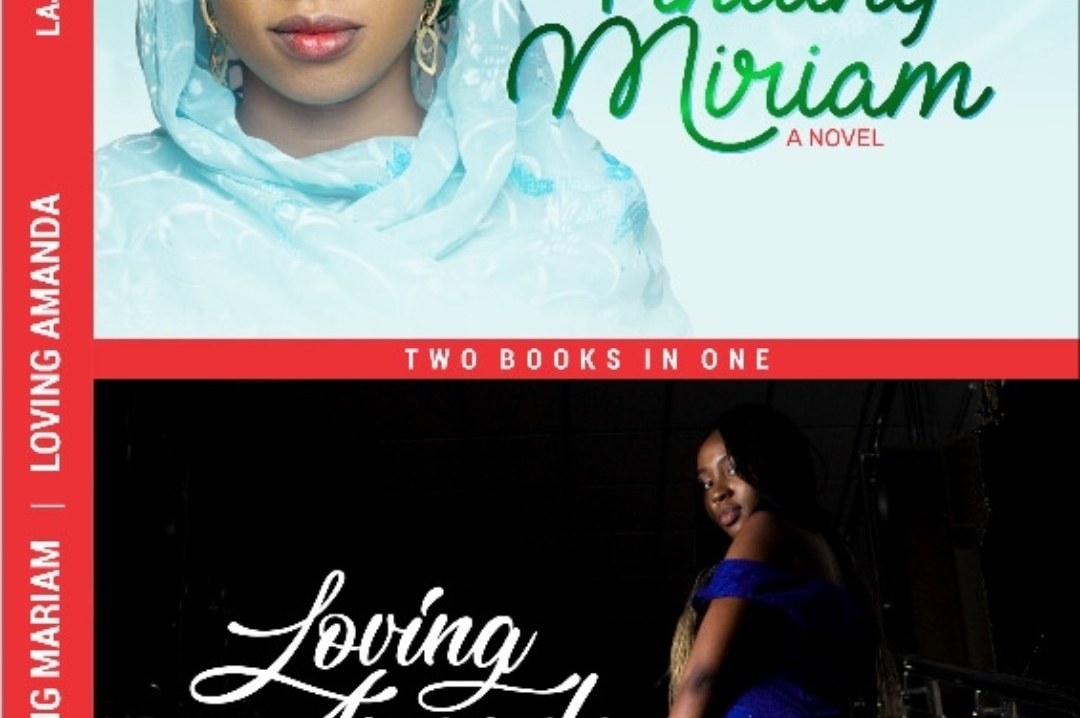 Thank you for your interest in pre-ordering my two-in-one book, Loving Amanda and Finding Miriam. The two-in-one book costs N2, 500 but you can pre-order it at N2,100. Your pre-order would be confirmed only after payment has been made. We currently have pick up points at the following locations where you can get your book from February 12th: Ikeja Festac…

END_OF_DOCUMENT_TOKEN_TO_BE_REPLACED

Chapter One Miriam hated this place. When Goch asked her how good her Hausa was, she thought he just needed a brief translation, she had no idea that this was what he had in mind. The blazing hot sun seeped through her cotton blouse, heightening her irritation even more. “Oga, I thought you said your a/c was working.” He muttered…

END_OF_DOCUMENT_TOKEN_TO_BE_REPLACED

Healthy tips when life is busy

END_OF_DOCUMENT_TOKEN_TO_BE_REPLACED 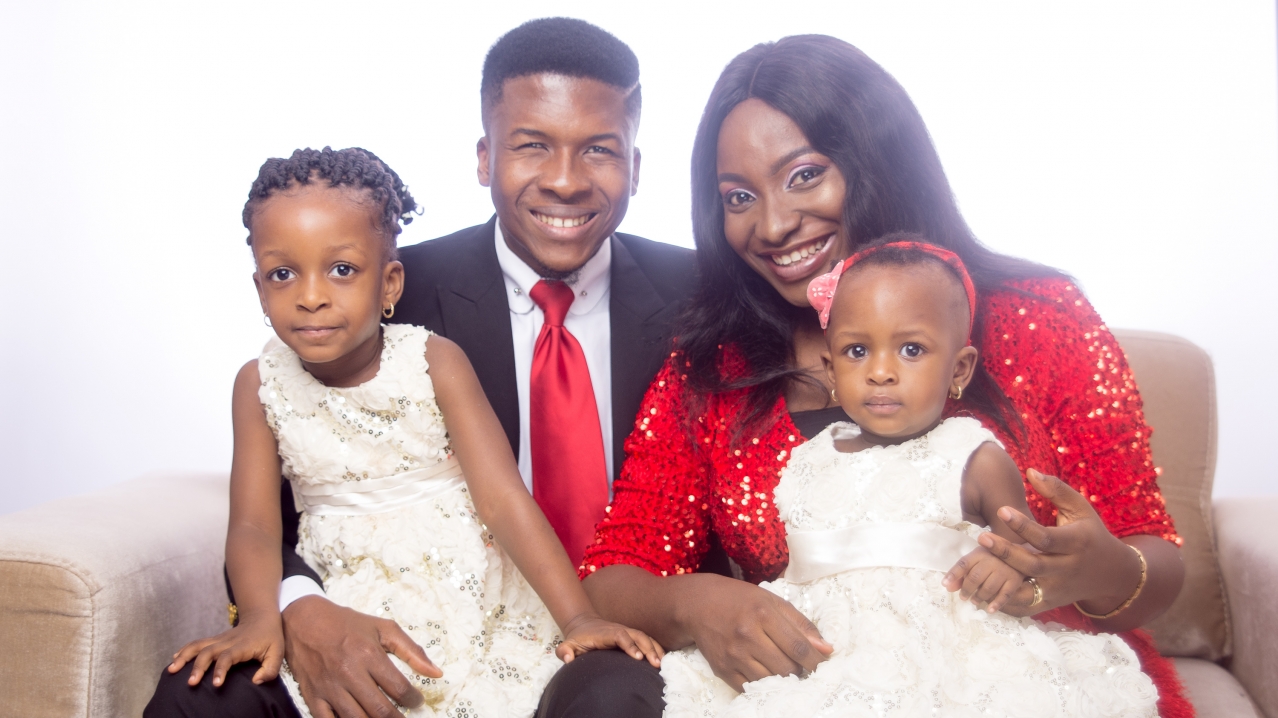 Four lessons in my fourth year of marriage

END_OF_DOCUMENT_TOKEN_TO_BE_REPLACED

How difficult could it possibly be?
Goch cleared his throat for the umpteenth time since the journey began.
When he made up his mind to finally start preaching in the bus during last night’s service, he had no idea that his palms would be so sweaty.
The bus left the park only three minutes ago, but it seemed like an eternity to Goch.
He would speak up now, he cleared his throat again and rubbed his sweaty palms against his trousers.
‘Praise the Lord!’
The woman beside him stole the words right out of his mouth.
It was just as well, at least somebody would be preaching in this bus today. These precious souls would hear about the saving grace of Jesus, even if it wasn’t from him. The satisfaction of knowing that soothed his guilty conscience.
But just for a second…
‘All you women wearing trousers, wearing earrings, perming your hair… hell fire is waiting for you,’ the woman screamed.
Goch’s heart melted. This was not the gospel at all. Only by believing in Jesus could a person be saved. No amount of good works could make a person right before God.
The woman continued her message of fire and brimstone. Condemning everyone who drank, smoked, wore wedding rings or anyone who spent time in front of the mirror. As the veins protruded from her neck, a deep frown formed around her bushy eyebrows. She looked sad, and Goch wondered whether she was having a headache from having her scarf tied so tight.
But she wasn’t done.
‘Some of you in this bus are even wearing tattoos on your skin! Ah, Jesus is Lord! Your body is made in the image of God, but with tattoos you have identified yourself as a daughter of Jezebel.’
Goch looked at the current object of the preacher’s judgment. He had noticed her when she first came into the vehicle, but quickly averted his gaze.
Not only did he not want to look judgemental, but the way she was dressed wasn’t something a single Christian man wanted imprinted on his mind.
He looked at her again.
She struggled to cover the tattoo on her neck with her hair, then fumbled with her phone during the rest of the journey.
Goch fumbled with his conscience. It would be rude to silence the judgemental preacher. So, he sweated and shifted in his seat until they reached their destination.
He may not be able to preach in the bus, but he could talk to the girl one-on-one. He hoped this woman hadn’t marred her perception of Christ forever.

***
He needed to stop following her.
Gbenga had eyes everywhere. He would not be happy if another guy was talking to her.
She walked faster through the busy Ikeja market, but he doubled his steps even more.
‘Pretty lady, we do pink lips and breast enlargement,’ one of those silly Ikeja vendors said, pulling her arm.
‘Idiot, if I slap you!’ she pushed him away and kept walking, ignoring his insults.
The guy from the bus followed her still.
She looked at her watch. The last thing she wanted to do was be late in meeting Gbenga at the Continental Hotel.
But the way things were looking, this bus-guy was going to follow her to the hotel if she didn’t stop to speak with him. That would be even worse for her.
She turned to speak with him.
‘What do you want?’ she said, rolling her eyes.
He was grinning from-ear-to-ear under the hot Lagos sun.
‘What do you want?’ she repeated.
Conversations with men went either of two ways for her; she already knew they all wanted one thing. Some were just more straight-forward with saying what they wanted, while some others liked to take their time.
Sadly for this one, she had no time to waste.
She pursed her lips, hand on her waist.
‘What do you want o, Oga?’
‘I want to be your friend.’
‘Tshchew,’ she hissed loudly. This one was not even serious in life.
‘Please, just give me a minute. I wanted to give you this.’
He thrust out a small sheet that looked like a comic.
‘What is this?’
‘It’s a little tract I put together, I wanted to share it in the bus, but I guess I got cold feet,’ he said, half smiling.
‘I know you’re in a hurry. But please try to read it, and if you need to talk, my number is right there.’
Amanda had never seen a tract quite like the one he thrust into her hand. All the other materials she had come across were always badly printed and scary looking, but this was different.
There was no need thanking him, she probably would never see him again.
‘Whatever,’ she said, flipped her hair and hailed the nearest motorcycle.
She needed to make up for lost time so Gbenga would not beat the crap out of her.
***
‘It’s just a lap dance. I no know why you dey do like say you be virgin sef!’
‘No be your first time now, and besides, all of us go dey here.’
That didn’t make Amanda feel safe. She didn’t trust Gbenga and she did not know the other people in the suite.
Gbenga tried to speak in hushed tones, but his anger was evident.
‘But I thought you said it was an audition for a music video?’
‘Ehen, this guy is the executive producer of the video.’
‘See, he’s an exclusive client. Treat him well so we can get the gig.’
Amanda didn’t know why she kept believing Gbenga’s lies. When she met him three years ago, she had been an undergraduate who liked school, but liked dancing even more.
That night at the underground club, she had been a little tipsy and had shown off her skills like never before, earning her and her friends an invitation into the VIP lounge.
Her friends were all too eager to make out with the rich guys in the lounge, but Amanda wasn’t the type to throw herself at guys.
She had felt relieved when Gbenga walked up to her and wasn’t the least bit flirtatious.
‘You seem like someone with a future in the entertainment industry,’ he had said.
Amanda’s eyes widened at the compliment. Growing up, she had always wanted to dance in Beyonce’s music videos. But the older she got, the more she realized that it was quite an unrealistic task for someone from the streets of Ajegunle in Lagos, Nigeria.
She had settled for dancing for one of the big Nigerian artistes. The industry had grown in leaps and bounds and guys like Olamide, Davido and Wizkid had international recognition for their work.
In fact, that was why she frequented clubs; in hopes that some star or someone with connections would recognize her talent and give her a chance.
‘Do you really think so?’ she had asked Gbenga.
‘I’m a professional, I know talent when I see it.’
And that was how it began. He promised to make her a star. She fell in love with him…
But three years later, here she was; nothing but fragments of shattered star dust giving seductive dances to whoever could pay Gbenga. Sometimes, she needed to give even more.
She looked at the so-called exclusive client. A pot-bellied man who was at least in his sixties.
She could have sworn that she recognised him as a local politician. What could he possibly have to do with an upcoming music video?
She suspected Gbenga was lying, but she couldn’t argue with him. He would have no issues with beating her up in public.
He gave her a gift bag.
‘I got you a new costume for this job. Go and change quickly,’ he ushered her towards the restroom.
Amanda felt shame when she looked at the so-called costume. How would she wear this in a room full of people? But like Gbenga said, it was not the first time. And sadly, it wouldn’t be her last.
She stepped out of the bathroom onto the penthouse suite.
Everyone was gone, only Mr. Pot-Belly remained, wearing nothing but a white towel on his waist.
Amanda’s mouth went dry.
This was not just a lap dance.

END_OF_DOCUMENT_TOKEN_TO_BE_REPLACED

We've been engaged since forever!

Unexpected lessons I learned from a long courtship By Laju Iren I still remember the day my husband proposed to me. It wasn’t documented on social media, so I guess we’ll have to depend on my memory. It also means that I’m at liberty to make it as flowery as possible and get away with it. But I won’t.…

END_OF_DOCUMENT_TOKEN_TO_BE_REPLACED

By Laju Iren My daughter is two years old today. It seems like yesterday when she came out face-first out of my body looking absolutely nothing like me, despite our nine-months of bonding, and several hours of labour filled with blood, sweat and tears. Motherhood has been a gruelling experience, but a truly most rewarding one. It such an honour…

END_OF_DOCUMENT_TOKEN_TO_BE_REPLACED

Welcome to my World!