Insightful tips to save you from a marriage with regrets

By Laju Iren
Everybody will tell you that husbands are scarce. So if someone wants to marry you? Ha! You have to do everything possible to keep that man. But do you know what the bible says, that a good wife, a virtuous woman is hard to find. Dear sister, I’m not asking you to be pompous or picky. But I’m tired of seeing sisters who, for sheer desperation from waiting, rush to marry the wrong person. Here are some ideas on what such a person might look like:

1. He has anger issues

Even the calmest of people will have their patience tested in marriage, how much more someone with anger issues. Marriage will not change him; if he has the capacity to repent from his anger issues, let him do it now, long before the marriage. Please don’t marry someone who no one can talk to when he’s angry. He will alienate you from your family and friends so much so that when he mistreats you in marriage, there’ll be no one to have your back. Also, don’t marry someone that doesn’t see the value in you.

2. He thinks money can buy you

There is nothing wrong with marrying a rich man, but a man who thinks his money can buy you doesn’t really respect you. You might enjoy the fact that he spoils you and takes you to exotic locations, but someone with such a mindset would expect you to understand when there are other women in the picture, after all, he has enough money to go round. He also may not support you if you want to start a business, get a job or do something worthwhile.

4. He dunno the Lord

Dear Christian sister, if he is not a born again Christian, don’t marry him, no matter how well behaved he might be. I don’t mean the kind of guy that is simply a Christian for the purpose of the relationship. I mean a real Christian who loves the Lord. Your role in a marriage is to submit. You’re safer submitting to someone who is himself submitted to God in the first place.

Please don’t marry a lazy man. For someone to be husband material, he doesn’t necessarily have to be rich. But he has to be hardworking. Don’t marry a lazy man who is interested in fast money or get rich quick schemes. He’ll run you into trouble…very quickly. If you don’t know where he is getting his money from, don’t marry him.

If he is unfaithful, or thinks that faithfulness is a myth. Please don’t marry him. There are faithful men out there; for the sake of your physical, spiritual and emotional health, please wait for one of them, thank you very much.

If he does not honour his parents, pastors or elders, he is still a boy. And marriage is not for boys. Marry someone who is accountable to people you also respect.

8 He doesn’t love you

Don’t marry someone who does not love you. To accurately follow this point, your definition of love must be correct. Don’t conclude that someone does not love you simply because he refuses to spend his entire life savings on buying you expensive shoes. Define love the bible way; it is patient, kind, easy to be entreated, not arrogant or boastful, sacrificial; a picture of Christ and the church.

9. He is committed to someone else

If he is married or still involved with someone else, he is not the one for you. It doesn’t matter whether he says he does not love that person as much as he loves you. Always remember that marriage is not an appointment you can keep when you have already outstanding commitments.

10. His family and close friends are not in support

Of course, some family members can be a real pain, and refuse to be there for their loved ones for selfish reasons. That happens sometimes. However, when the family or close friends of your beloved keep throwing hints to suggest he might not be good for you, that is a good sign to stop and investigate properly before going forward.
What else do you think ladies to watch out for when considering who not to marry. Please share with us in the comments section! If you have questions related to this article or anything at all, share in the comments section or email me at lajuiren@lajuiren.com.

END_OF_DOCUMENT_TOKEN_TO_BE_REPLACED 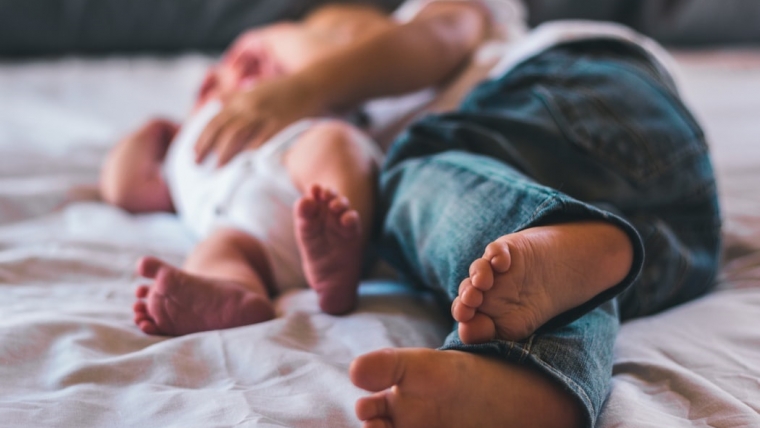 31 Lessons From my 3 Months of Being a Wife